One of the most fundamental choices to make when developing an application is whether to use a SQL or NoSQL database to store the data. Conventional databases, meaning relational databases that use SQL (Structured Query Language) for queries, are the product of decades of technology evolution, good practice, and real-world stress testing. They are designed for reliable transactions and ad hoc queries, the staples of line-of-business applications. But they also come burdened with restrictions, such as rigid schema, that make them less suitable for other kinds of applications.

NoSQL databases arose in response to those limitations. NoSQL systems store and manage data in ways that allow for high operational speed and great flexibility on the part of the developers. Many were developed by companies like Google, Amazon, Yahoo, and Facebook that sought better ways to store content or process data for massive websites. Unlike SQL databases, many NoSQL databases can be scaled horizontally across hundreds or thousands of servers.

The advantages of NoSQL don’t come without a cost, though. NoSQL systems favor speed and scalability over the ACID properties behind reliable transactions promised by SQL databases. And the metaphors used to work with data in NoSQL systems are also relatively new, compared to the decades of institutional knowledge built up around SQL.

SQL and NoSQL databases offer different tradeoffs. While they may compete in the context of a specific project—as in, which to choose for this application or that application—they are complementary in the bigger picture. Each is suited to different use cases. The decision is not so much a case of either/or as it is a question of which tool is right for the job.

The fundamental difference between SQL and NoSQL is not all that complicated. Each has a different philosophy for how data should be stored and retrieved.

With SQL databases, all data has an inherent structure. A conventional database like Microsoft SQL Server, MySQL, PostgreSQL, or Oracle Database uses a schema—a formal definition of how data inserted into the database will be composed. For instance, a certain column in a table may be restricted to integers only. As a result, the data recorded in the column will have a high degree of normalization. The rigid schema of a SQL database also makes it relatively easy to perform aggregations on the data, for instance by combining data from two tables using the SQL JOIN command.

NodeJS 19 has officially arrived. Some of the major highlights include the update of the V8 JavaScript engine to 10.7, and HTTP(s)/1.1 KeepAlive enabled by default. NodeJS 19 will replace Node.js 18 as the current release line when NodeJS 18 is now entering the long-term 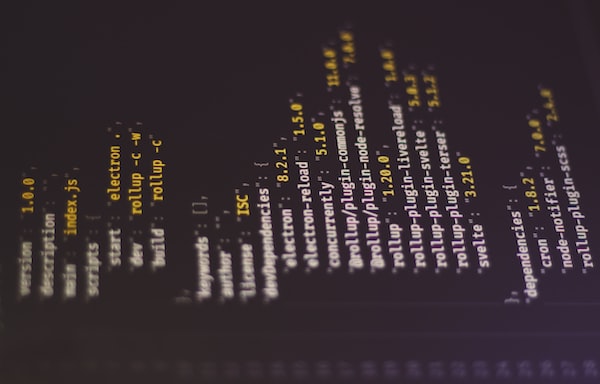 Members only
JSON, or JavaScript Object Notation, is a format used to represent data. It was introduced in the early 2000s as part of JavaScript and gradually expanded to become the most common medium for describing and exchanging text-based data. Today, JSON is the universal standard of data exchange. It is found